The Carnival Season is Here!

Mardi Gras, also called Shrove Tuesday, or Fat Tuesday, refers to the events of the Carnival celebrations, beginning on or after the Christian feasts of the Epiphany (Three Kings Day) and culminating the day before Ash Wednesday. Mardi Gras is French for “Fat Tuesday”, reflecting the practice of the last night of eating richer, fatty foods before the ritual fasting of the Lenten season.

The famous United States festival is, of course, Mardi Gras. The first Mardi Gras in New Orleans is recorded to have taken place in 1837. Each year the city of New Orleans opens its gate’s to thousands of party-goers looking to revel in the city’s parades and balls.

Each parade is made up of social clubs, called Krewe’s. They each put on their own ball, nominating both a king and a queen to represent their Krewe while going on parade. The king over all of Mardi Gras is Rex (French for king). Rex is also another of the oldest Krewe’s in New Orleans, and the king’s identity is held from the prior spring until Lundi Gras, the day before Mardi Gras. On Lundi Gras, his identity and his consort are revealed and he reigns on Mardi Gras. A consort is also chosen each year for Rex, and she is titled the “Queen of Carnival”. The queen is always a debutante of the current season. Like Rex, the queen is chosen in the spring of the previous year, and must keep her identity secret until Lundi Gras.

This year’s Mardi Gras is February 28. 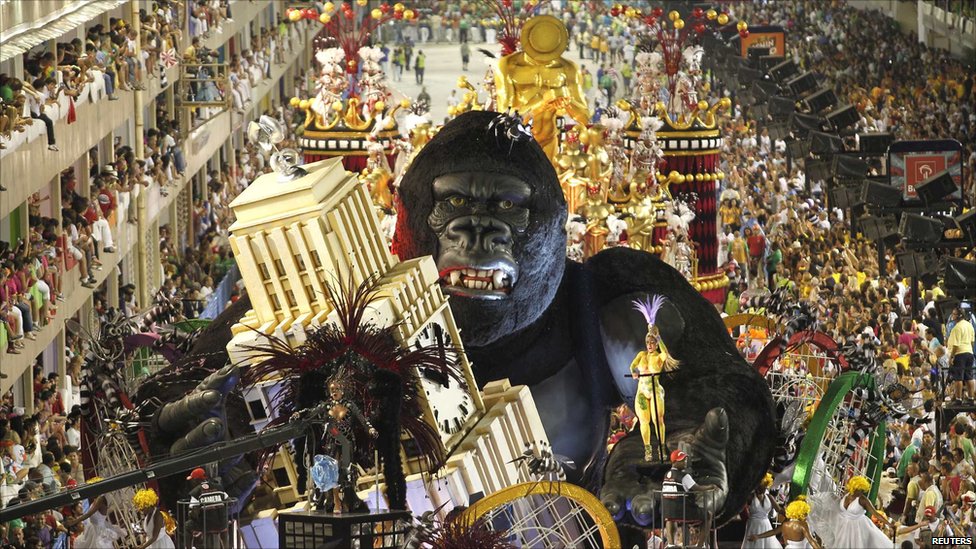 Our South American counterpart to Mardi Gras is Carnival in Rio de Janeiro, Brazil. Carnival is the largest of the world’s festivals, dating back to 1723, welcoming over 2 million people celebrating on the streets each year.

Carnival begins on Friday and ends on Ash Wednesday, but the Winners’ Parade happens on the Saturday after the carnival ends. 2017’s dates are February 24 – March 1.

Like Mardi Gras in New Orleans, each year boasts balls and parades. The balls take place in the Sambadrome and the balls are being held in the Copacabana Palace and beach. Incorporated into every aspect of the Rio Carnival are dancing and music. The most famous dance is Carnival samba, a Brazilian dance with African influences. The samba remains a popular dance not only in Carnival but in the ghettos outside of the main cities. These villages keep alive the historical aspect of the dance without the influence of the western cultures. Street parades, blocos (street bands that mobilize crowds on the streets), and bandas (bands) take place throughout the city of Rio during Carnival, making it the most famous and largest carnival celebration of the world. 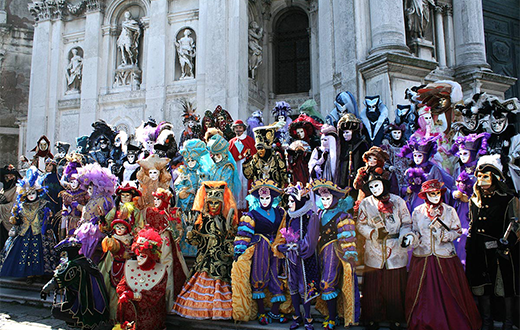 The oldest festival is the Carnival of Venice (Carnevale di Venezia), held annually in Venice, Italy. The Carnival ends with the Christian celebration of Lent, forty days before Easter, on Shrove Tuesday (Mardi Gras), the day before Ash Wednesday.

It’s said the Venetian Carnival started in 1162 and ran until 1797, when the King of Austria banned it completely. It returned in 1979 when the Italian government decided to bring back the history and culture of Venice, and sought to use the traditional Carnival as the centerpiece of its efforts. It’s famous for the revelers elaborate masks.

Masks have always been an important part of Venice’s Carnival. Venetian masks can be made of leather, porcelain or using the original glass technique. Historically, masks were worn throughout the year, mainly during the Carnival season, to disguise the wearer. It’s believed the practice was initiated as a response to one of the most rigid class hierarchies in European history. One of the most important events is the contest for la maschera più bella (“the most beautiful mask”) which will be judged by a panel of international costume and fashion designers.

Excerpts From Wikipedia, the free encyclopedia

Previous
Top 3 Most Expensive Home Sales of 2016!
Next
Documents Needed for Your Taxes, if You’re a Homeowner

Thank you for contacting us, we'll get back to you shortly.

Sorry, we are unable to send your message at the moment. Please try again later.